A Word For Thailand That Will Impact The Nations In 2013 - "I'll Be Home With Bells On!" 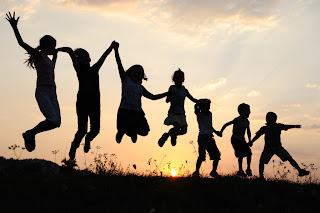 I sense the Lord saying for this coming year, "I will meet you in dark places so your light can shine." Thailand is number one in child sex trafficking. Perhaps the Lord has chosen the darkest place to bring forth deliverance to children world wide.

Throughout biblical and recorded history, whenever God was about to do something big in a nation to rescue His people, the enemy would target the babies from being born and attack young children from fulfilling their destiny. Somehow the enemy had an inkling that from these young ones 'deliverers' of nations would come. He, the enemy, tried to thwart the delivery of deliverers...BUT GOD!

'With bells on' means: eager, ready to particpate.


The word came like a knife penetrating the belly of hell concerning Thailand. "I'll be home with bells on!" Angels were placing bells into the trembling hands of children tormented by darkness. Bells started ringing, An irrevocable sound bombarding Thailand had come, shaking that nation with the vengeance of the Lord. Midwives, like angels unaware, were being called from the nations and began arriving to deliver these young children full term into their destinies. Bells of freedom were ringing throughout the land. Thailand heard them and her face began to change. Mountains broke forth with singing and the trees of the field clapped their hands as a monumental treasure chest was opened revealing the riches of her inheritance in the earth. Natural as well as spiritual riches, hidden in secret places, were unearthed. Children once in bondage rose from the gutters, singing and dancing on the heels of injustice. These children began invading whole cities. Approaching their city gates, their bold arrow-like proclamations struck the very heart of their enemies. "The gates of hell shall not prevail against us. We are still here and now increasing. Greater is He who is in us than he that is in the world!"
Thailand's Quiver Is Full And Shaking With Power
"As arrows are in the hand of a mighty man; so are children of the youth." Psalm 127:4 "Blessed is the man ( or nation ) whose quiver is full of them. They will not be put to shame when they ( the children ) contend with their enemies in the gate."
2013 - Here Come The Children
Their divine inate gifting was reason enough for the devil's attack, but the greater the enemy's assault, the greater the revelation of God's glory. I sensed the Lord saying, "I will use the abused!" 'Here come the cures for certain terminal diseases. Here come world renowned-doctors, great leaders in governments, Davidic musicians and worshipers, songwriters, singers with angelic bands accompanying them. Here come the children!"
The bells in Thailand were heard world wide. The enemy's war against children had boomeranged. I sensed the Lord saying, "In 2013, I am unleashing young children with the call and anointing of Daniel, Elijah, Deborah & Esther with their angels into their nations. Unusual anointings will take place also in America especially from kindergarden age to twelve years old from the twenty young seeds that fell into the ground mercilessly in Newtown, Connecticut. A New Town shall emerge with an army of children who will be dispatched to the nations. From Sandy Hook Elementary School, I am putting a 'hook' in the jaw of this nation. And a little child shall lead them." I sense the enemy trembling with questions, "Where are these children so young, yet dangerous, coming from? Have they come to turn the world upside down? And why at this time?"


I sense strongly, "The time to favor Thailand has come." The word "THAI" means "FREE", and therefore "Thailand" means "Land of the Free."