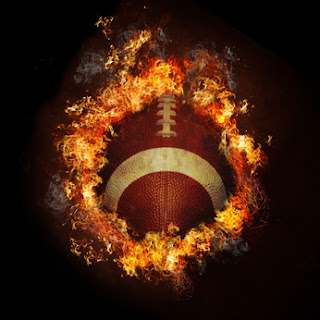 During the recent Super Bowl game, the kickoff receiver caught the football deep in the end zone and ran like a deer only to hit a brick wall of opposition at about the 20 yard line. Even the announcer sounded shaken at the sudden impact felt high above the stadium. The receiver held onto the football with a vengeance, and the opposing players' frantic scramble to steal the ball was all in vain.
Later in the game, unable to forget this play, I said to the Lord, "Why have I been in a season where I have been taking so many hard hits?" The Lord answered, "Son, I have put you into the big league. Big leagues and big hits go together!" His words were life to me. The enemy almost convinced me, "God has left you and He doesn't care about you." I thought it was God letting me down when He was actually raising me up.
I could see where God was now. He was on the sideline as my coach. Coaches are not allowed on the field when the game is going on. That's why He didn't seem near. Could it be when we experience His awesome presence is when we are on the sidelines with Him receiving encouragement and instructions for the next game play? All of a sudden, I felt honored by those hits and assaults from the opposition coming against me. They were now signs and confirmation of my promotion. Many others have been promoted into the big league of God's kingdom and are unaware of it. When the enemy hits you hard or life itself comes against you, hold onto the football with both hands. Hold onto God's word that He has spoken to you. The enemy's job is to strip the football or God's word from you. And when you get knocked down, get up proudly, for you are in the big league and the game is not over.
Blessings,
Bill Yount
Posted by Bill Yount at 9:28 PM