"I Saw 'Angelic Beachcombers' Storming the Beaches...Digging Up Wedding Rings, Coins From the Mouths of Fishes, And Jonahs Who Still Had the Call of God on Them!" 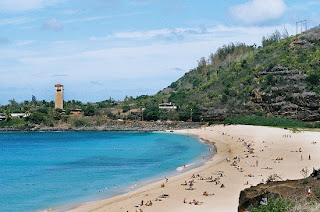 They appeared to be angelic beings with metal detectors searching for treasure on the beaches of the earth. What seemed to be washed up upon the shores of life through storms and spiritual shipwrecks, disregarded by many, were now in great demand in Heaven. Much treasure was buried in the sands of beaches upon the earth. As angels began to dig deeper in the sand, an outline began to form of what appeared to be a large treasure; a form in the image and likeness of God appeared just beneath the sand - a human being! Angels began reporting to Heaven that many who were made in the very image of God had actually buried themselves and had died spiritually trying to find rest and relaxation in the pleasures of the shifting and the quick sands of life. But Jesus now appeared walking on the waters along these shorelines of the nations. The waters were being anointed.

"Kings and Queens of the Earth Were Meant to Live in Castles. Return to Me!"

As these 'angelic beachcombers' continued to dig many of these lost treasures free, the grains of sands beneath them began to cry out the sweetest word ever heard upon the earth..."Repent!"

The grains of sand seemed to speak this word with so much love, like no human voice had ever spoken to these treasures before. In fact, one angel wrote with his finger across the beaches the word "repent," and then built a heart shaped sandcastle around it as Heaven proclaimed..."Kings and queens of the earth were meant to live in castles. Return to Me!"

True 'R & R' was coming to these worn, broken lives as they began being kissed by the 'Sun of Righteousness' rising upon them with healing in His wings! Sweet 'Repentance and Restoration' was invading the beaches and shorelines of nations! Lost wedding rings were being restored to fingers! Great financial needs began to be met supernaturally from the mouth of a fish! Jonahs began to get up one more time from when they had fallen down and began to shake the sandman from their sleep!

"Comb the Beaches, Mountains, Valleys, Cities...and My Own House"

I then heard the Father commanding these 'angelic beachcombers,' "Begin on the beaches of the earth and then begin to move inland, combing the mountains and the valleys, the cities...and don't miss combing through My own House to search and bring forth many of My treasures who have buried themselves in their own 'church traditions' and are locked up inside those 'church walls.' Compel them to go out 'now' into the highways, the byways, the cities, and the beaches and pick up the spoil that lies waiting."