GOD'S 'TREASURES'... LOCKED UP BEHIND BARS AND RAZOR WIRE! 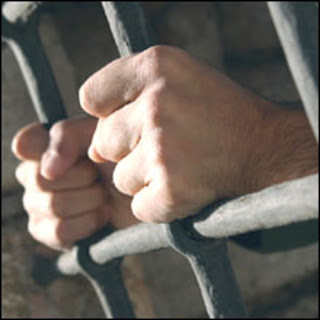 It was late and I was tired, wanting to go to sleep, but God wanted to talk. It was about midnight, but it dawned on me that God does not sleep. His question made me restless. "Bill, where on earth does man keep his most priceless treasures and valuables?" I said, "Lord, usually these treasures like gold, silver, diamonds and precious jewels are kept locked up somewhere out of sight with usually guards and security to keep them under lock and key."

God spoke. "Like man, My most valuable treasures on earth are also locked up."

OUT FROM THESE WALLS WILL COME FORTH AN ARMY

I then saw Jesus standing in front of seemingly thousands of prisons and jails. The Lord said, "These have almost been destroyed by the enemy, but these ones have the greatest potential to be used and to bring forth glory to my name. Tell My people, I am going this hour to the prisons to activate the gifts and callings that lie dormant in these lives that were given before the foundation of the earth. Out from these walls will come forth an Army of spiritual giants. They will have power to literally kick down the gates of Hell and overcome satanic powers that are holding many of My own people bound in My own house.

FORGOTTEN VESSELS -- MUST BE RESTORED!

Tell my people that great treasure is behind these walls in these forgotten vessels. My people must come forth and touch these ones, for a mighty anointing will be unleashed upon these for future victory in My kingdom. "THEY MUST BE RESTORED." I then saw the Lord step up to the prison doors with a key. One key fit every lock and the gates began to open. I then heard and saw great explosions which sounded like dynamite going off behind the walls. It sounded like all-out spiritual warfare. Jesus turned and said, "Tell My people to go in now and pick up the spoil and rescue these." Jesus then began walking in and touching inmates who were thronging Him. Many being touched instantly began to have a golden glow come over them. God spoke to me, "THERE'S THE GOLD!" Others had a silver glow around them. God said, "THERE'S THE SILVER!"

"NOW GO AND PULL DOWN THE STRONGHOLDS!"

Like slow motion they began to grow into what appeared to be giant knights in armor-like warriors. They had on the entire armor of God and every piece was solid and pure gold! Even golden shields! When I saw the golden shields, I heard the Lord say to these warriors: "Now go and take what Satan has taught you and use it all against him. Go and pull down the strongholds coming against My church." These spiritual giants then started stepping over the prison walls with no one to resist them, and they went immediately to the very front line of the battle with the enemy. I saw them walk right past the church as big-name ministers known for their power with God were surpassed by these unknown warriors like David going after Goliath! They crossed the enemy's line and started delivering many of God's people from the clutches of Satan while demons trembled and fled out of sight at their presence.

WHO ARE THESE PEOPLE?

No one, not even the church, seemed to know who these spiritual giants were or where they came from. All you could see was the armor, the golden armor of God, from head to foot, and the shields of gold were there. The shields were restored to God's House and there was great victory and rejoicing. I also saw silver, precious treasures, and vessels being brought in. Beneath the gold and silver were the people that nobody knew: REJECTS OF SOCIETY, STREET PEOPLE, THE OUTCASTS, THE POOR and the DESPISED. These were the treasures that were missing from God's House.

In closing the Lord said, "If my people want to know where they are needed, tell them they are needed in the STREETS, the HOSPITALS, the MISSIONS, and PRISONS. When they come there they will find Me and the next move of my Spirit and they will be judged by My word in Matthew 25:42. "For I was hungry and you gave me no meat: I was thirsty and you gave me no drink: I was a stranger and you took me not in: naked and you clothed me not: Sick and in prison and you visited me not."


This vision was given to me 20 years ago and I see it unfolding more every year. So many prisoners have shared that this vision has changed their lives as they read it. No wonder the enemy has tried hard to destroy them because of the great call of God upon their lives. Below is a letter I received from an inmate just a day before this vision is being posted.


"I am writing concerning the message I read by Bill Yount a couple of times since I first came into prison in 2005. For many years I would read it and God would speak to my spirit and say, "that is going to be you." For many years I believed it but did not put it into practice. But I have reached a point in my life that I see it clear. So clear that there is a fire in my bones that is helping me to step out for God. I am preparing my self so that God can use me fully and effectively. I am writing to let you know God is doing a great thing behind these bars. So great that it is gonna blow the minds of those behind bars and those out in this world. May you receive this and know that God is gonna fulfill this word of prophecy. Thank you for taking the time to read this."