Angelic Assignments Given To Bring In The Seed Of Praying Mothers! 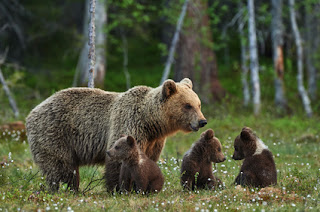 In the spirit I saw a heavenly rush of Angels gathering. Prayers of mothers crying out for their children seemed to have gathered momentum. These prayers, as though being amplified in the spirit--were pounding, relentlessly shaking the door hinges of Heaven. Heaven itself had been shaken by these violent prayers as though a bear had been robbed of its cubs.

I heard a loud voice from the Throne shout to the Angels, "Answer the front door! The 'bowl of prayers for children' prayed by their mothers is now full and tipping over! Angels receive your assignments!"

I then saw Angels stand at attention while the names of these children and their personal addresses were being written on them. Some were "on the Street addresses" unknown by man but known by God. There were "prison addresses." Even telephone numbers were being given out to some Angels that would make person to person telephone calls on the earth to some of these children.

Some assignments of angels unaware were just to make phone calls and speak to their heart things that nobody else knew. On the streets pay phones would ring and homeless children on the streets would be led to answer these phones ringing and receive a call from Heaven.

Special assignments were given to many Angels to come down and strengthen and comfort mothers. I heard the Lord say to the Angels: "Speak comfortably to the mothers and say your warfare is accomplished. I will speak to the north to give them up and to the south to hold them back no longer. I will bring them from the east and west. I will save your Children!"