Shofars Summoned Into Battle…To Raise The Nations From The Dead! 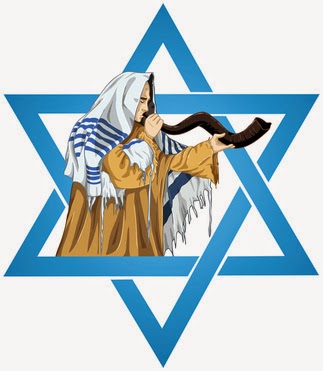 IS THE SHOFAR STILL EFFECTIVE?

Yes! Our battles today are with principalities and powers of darkness, but they are still battles!

“And the three hundred (of Gideon’s army) blew the trumpets (shofars), and the Lord set every man’s sword against his fellow, even throughout all the host (of the enemy): and the host fled to Bethshittah in Zererath, and to the border of Abelmeholah, unto Tabbath.” Judges 7:22

“I WOULDN’T HAVE CHOSEN THAT WEAPON!”

God is still calling forth the foolish things to use for His glory. If He can use you and me, He can use anything — and get away with it!

Most victories in times of war in the Old Testament came through unusual weapons ordered by the Lord. Samson with the jawbone of an ass slew a thousand Philistines! Israel marched around a city and took it with a shout! Jehoshaphat’s army was outnumbered like the sands of the seashore and He was led to put his loudest mouth singers on the very front line of battle. They began to sing praises as they marched into the enemy camp and God sent ambushments against the enemy to confuse them; and all the enemy were dead when the hymn-sing was over! They didn’t even get to fight in this battle!

I have been to an army base in Israel, recently. Their army still sings during their training drills . . . Devil beware! I must confess, if I was commanding these armies, “I wouldn’t have chosen these weapons . . . but God did!”

THE SHOFAR BLOWS CONFUSION INTO THE CAMP OF THE ENEMY

I believe the most terrifying sound in the enemy’s ears is the sound of the shofar! Every time a shofar blows, the devil doesn’t know whether it’s one of us or Gabriel himself blowing that last trump of God! When shofars are blown, they blow confusion into the enemy’s camp — every time!

I believe one of the reasons the Lord is calling forth the weapon of the shofar this hour is to send confusion into the camp of the enemy! Great fear and the terror of the Lord will be released upon him through this mighty, foolish weapon!

Many Jewish people believe that the trump of God in Heaven is not a Louis Armstrong-type trumpet, but a shofar (a rams horn — or His could be called a lamb’s horn).

I heard of the testimony of a man who died and went to heaven. He said he saw the shofar of God there. He said, “It is fifteen miles long!” When it is blown it will literally raise the dead down through every generation of time who believe in Jesus Christ the Messiah! I believe the Lord is raising up shofars this hour, getting us used to hearing their sound; for when Gabriel blows the Shofar of God, it will be the last sound out of here!

“WHEN A WEAPON IS LOADED, IT GOES OFF EVERY TIME . . . THERE IS NO NEED FOR PRACTICE!”

In 1995, I was invited to blow the shofar at an International Aglow Conference in Long Beach, California. Blowing the shofar was new to me. Before the conference in the hotel room, I thought I better practice blowing it. At the very first blow, in the Spirit I saw angels descending upon Long Beach and the whole region! I sensed the Lord saying, “Be careful, this baby is loaded! There is no need to practice with this weapon!”

I have learned that when a shofar is blown, it calls forth angelic armies into that region to fight against the powers of darkness, to take back that territory into God’s kingdom! When I blew the shofar at the conference, into nine thousand people, and had them shout the walls down inside of their households, divorces were cancelled, marriages were restored and even reports came in of missing children being found!

I wonder how God might organize a mass blowing of shofars from those who know they are called to blow one. I sense there are many who think that to blow a shofar isn’t for them. Let me ask you a question. “How do you know unless you blow one?”

I personally believe not everyone is called to blow the shofar. I will let that decision of blowing one be between you and the Lord.

When the Lord first called me to blow the shofar, He made one thing clear: “Bill, when you blow it, it will be Me blowing, because I live in you! By faith, I believe when I blow into one end of the shofar, the very breath of God comes out the other — because He lives in me! It’s all by faith that God is calling forth these foolish weapons again, this hour, in time of war!

I sense the Lord would have us to personally be led by Him when and where to blow in this season of war. I believe a good place to start is right at home. Let’s blow the confusion out of our own lives and families! And let the Lord lead you from there! You can stand right where you are and blow into a nation. There is no distance with the breath of God! He will lead us. Check in with Him for the details . . . all I know is God said, “Blow!”