Many Are Coming In Out Of Left Field Into My Kingdom! 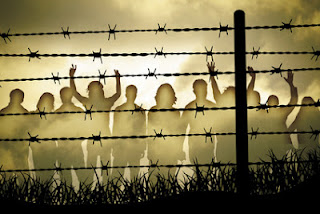 While watching a recent baseball game I noticed that a player who'd dropped a ball in a previous game was playing poorly again. I thought to myself: "Why doesn't the manager take that guy out of the game and replace him?" I sensed the Lord then say to me: "For the same reason I don't take you out of the game. The manager knows that guy is a better player than he appears to be right now." The next time that player got up to bat, he hit a home run!


Don't Count Yourself Or Anyone Else Out Of The Game Or My Kingdom
Recently, I sensed the Lord saying, "I am bringing many in 'out of left field' to be used in My Kingdom." Heaven's eyes are on left field. The meaning 'out of left field' means: to come from an unexpected place, to be a surprise, unusual or 'didn't see that coming.'
Suddenly, I had a picture of unusual people emerging from unexpected places of gross darkness. This surprised many in the Body of Christ. God was drawing them but we hadn't seen them coming. Then the Lord said, "Who are these I see coming up out of the wilderness ( out of left field ) leaning on her beloved?" Soloman 8:3 (paraphrased) These appeared to be pornography stars, mass murderers, witches, occult practitioners, and followers of Eastern religions; souls who had committed horrendous sins and terrifying crimes. The pointing of their finger was the closest many in the Body of Christ had come to these. But they were being summoned by God's Spirit like a baseball coach waving in a relief pitcher from the bull pen to clinch the final innings of the game.
Most baseball stadiums have their bull pens outside of the outfield fence, some outside the left field wall. Interestingly, one of the meanings of the word bull pen is: 'a barred enclosure in a jail where prisoners are kept together temporarily until facing charges.' Yes, many prisoners of sin are now being freed into God's Kingdom to display His great grace in Heaven's final All Star Game on earth! I saw "Hatfields and McCoys" jumping over the left field fence; leaping the high walls of hatred and historic grudges. I could not believe what I was seeing. God was waving them in.
I was left thinking: Expecting the unexpected makes the unexpected expected and the expected unexpected. ( anonymous)
Feel free to send us your prayer requests and we will agree with you in prayer. There is power in agreement as we pray one for another.
Blessings,
Bill Yount
Posted by Bill Yount at 8:56 PM