A Season Of Miracle Comebacks 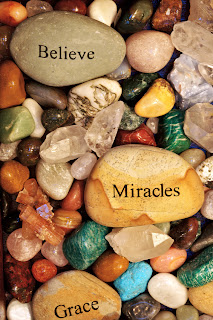 Could several sports events with players such as Jeremy Lin and Tim Tebow recently having miraculous comebacks, mentioning the Lord in their victories, be prophetic? I believe the greatest miracle moments in all of sports history are just beginning to be recorded as a sign of the spiritual season the Body of Christ is now in.

A while back I called up Dick's Sporting Goods to ask a question about a certain sports equipment. The lady who answered the phone put me on hold while she asked someone else about more information. When she put me on hold, there was a CD playing in the background of the 'Greatest Moments in Sports History." Play after play I listened with amazement as these teams and individuals who were losing big time, with no hope of winning, all of a sudden were being named heroes and the world was calling these unbelievable, winning comeback plays a miracle!

As I kept listening, I felt the anointing of God coming down over me through this CD as if God wanted us to know something. I got so caught up listening to these miracle comeback plays, I called Dick's Sporting Goods back up the next day asking, "Could you put me on hold? I don't want to talk to anybody. I want to listen to the Greatest Moments in Sports History"! I ordered the two CDs and kept listening to them over and over again. I have brained washed my mind with miracle comebacks.
I got to thinking. Are there certain ingredients in these miracle comebacks in sports events, past and present, that we in the Body of Christ need to be aware of? Looking back, what was it that created the greatest miracle moments in my own life? Those moments that I now live to tell others about.

Unusual Ingredients For A Miracle

The powerful ingredient that I discovered in these miracle comebacks in sports events and in my own life was...THEY WERE LOSING! Could what appears to us as seemingly losing in an area of our life possibly be an ingredient or key for a miracle? I believe it is. I am learning when it appears I am losing and it looks like it's impossible for me to win, God is setting the stage for something greater. Isn't it the stories in the Bible of the people who looked like they would never make it, that builds our faith the most? The Lord seems to write their heroic events beginning with them knowing the agony of defeat, with no hope of ever fulfilling their God given dream.

There's another key ingredient for a miracle comeback I have heard sports announcers talk about when a team is losing. They often notice and announce to the world about certain key players "they are being patient and calm under pressure"! We need to remember that it is through Faith and Patience that we inherit our promises and overcome great opposition.

Many Key Players Are Usually Overlooked And Rejected For A Season Before Coming Into
Their Glory!

Being overlooked and rejected are ingredients God seems to stage in our lives to humble us and prepare us for His timing of revealing His glory in us. He knows when it's our time for exaltation, for then whatever we do, we do all for His glory. Perhaps rejection is the most important ingredient He works in us way before we are brought to the lime light and become a champion. That heavenly gift of rejection humbles us to handle the fame when He exalts us and we seem to become unstoppable. But then the final exam question is, will we still glorify Him when a losing streak occurs? Perhaps the greatest moment in Tebow's sports career recorded in heaven could be the way he handled his loses after his season of success. He still glorified the Lord, for though he was in the game, the game wasn't in him, but Christ in him the hope of glory.

We are not finished hearing from these Godly sport champions regardless of their times of loses, for they know their losses are temporary compared to eternity. And their losses become practice sessions for yet another miracle comeback.
Blessings,
Bill Yount
Posted by Bill Yount at 8:52 PM