Spiritual ‘Chariot Wheels’ Being Ordered For The Last Day Method Of Transportation! Acts 8:39,40 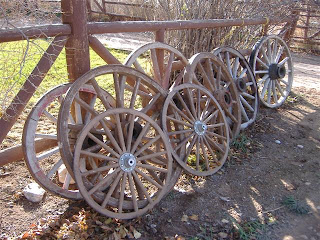 Acts 39,40 "And when they ( Philip and the eunuch ) were come up out of the water, 'the Spirit of the Lord caught away Philip,' that the eunuch saw him no more: and he went his way rejoicing. But Philip was found at Azotus and passing through he preached in all the cities, till he came to Caesarea."

With the increase of international disasters beginning to take place around the world, there will be urgent missions where individuals will need to get to countries swiftly. These missions will not be dependent upon the future unstable conditions of the airline transportation systems. God is always one step ahead when it comes to spreading the gospel and going into all the world.

In the Spirit, I heard an order of "chariot wheels" being called into the throne room for the last-day method of transportation for emergency mission work around the world. Time will be a critical factor in getting God's people from one place to the next to minister in times of disaster. God will use angels to intervene in many cases, but to actually lift up the full standard against the flood of the enemy along with national catastrophes, He will be sending His people "first class," speedily!

I have heard testimonies where some believers have been praying for a nation and all of a sudden in the Spirit they were caught away and found themselves in that nation ministering to people. Some through dreams, visions and some as though their own body was there! I truly believe we are living in an hour that we need to take the limits off of God and say, "Here am I, Lord; send me anywhere, anyway you want to!"

It's interesting the army tanks in Israel are called Chariots of Fire.

While in Israel, I have seen a demonstration of these tanks on the move. These tanks are able to shoot forth fire out of the end of their cannons into their enemies. Also, they can shoot forth smoke to hide themselves from the enemy, when needed. These tanks are believed to be the most powerful artillery in the world.

The Lord will transport many by spiritual "Chariots of Fire" into enemy territory where people are being held captive by the enemy and natural disasters.

As the earth seems to be going more and more out of control and increases its groaning through earthquakes and bizarre weather patterns, angels will be given charge over God's people in their going out and coming in, as they are being escorted on secret missions. When everything appears to be out of control, God will still be sitting upon the circle of the earth in total control of spreading the gospel! Angels will control air and ground traffic transportation for the missions of God's people.

As many travel and minister in these spiritual "Chariots of Fire," the borders of their mantles will, at times, touch down upon whole nations and regions to redeem and bring forth life out of chaos!

There is such an urgency to pray for each other as brothers and sisters. I am sure you can testify the reason you are still alive today is because others have prayed you through. I will never forget eight years ago when I had an attack against my heart. My name immediately went around the world on websites who knew me as a writer. I have learned the reason the Lord will cause your name to be known to many people is because you will need that many people to pray for you when trouble comes. I heard the voice of the enemy talking about me as the doctors were scurrying around me to save my life. The enemy said to his demons, "There are so many people praying for him, we have to let him go!" The next day in the hospital I was given a heart catheterization and my heart stopped on the table. The doctor jumped my heart back to beat again. Because of your prayers I am still living today. We would like to pray for you and your needs. Please send us your prayer requests so we can pray for each other. "Confess your faults to one another and pray for each other that you may be healed." James 5:16

I will be sharing a special message on a radio program June 7th, 2011. The details on how you can listen are on the homepage of my website below.