An Urgent Macedonian Call to the Mission Fields is Ringing: "Come Over and Help Us!" 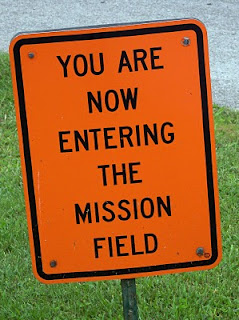 "Say not ye, 'There are yet four months, and then cometh harvest'? Behold, I say unto you, Lift up your eyes and look on the fields; for they are white already to harvest."—John 4:35 It sounds like this call has been ringing for two thousand years! The harvest fields have always been ripe, but the laborers have been few...up until now!

I saw a long line of "called out" people standing at a ticket counter to purchase a ticket to where God was calling them to go. This call knew no age limit. There were youth, older people and whole families with children leaving everything they had known, selling their homes and extra cars and taking their money (the Lord's money) out of the banks and heading for mission fields all over the world.

Luke 9:3 was being activated: "Take nothing for your journey..." This vision appeared to be like a "Mass Exodus" to a land where God was calling them to go. I heard the voice of the Lord whispering to many, "Make that a 'one way' ticket!"

Some were standing in line by faith, trusting the Lord up to the last minute for the finances needed to purchase their plane ticket. Supernaturally, provision was taking place as they stood in faith. Some were being told as they approached the ticket counter that their ticket had already been purchased by someone anonymous! Others were finding extra money that was not there a minute ago in their wallets and purses! Some ticket personnel were receiving breaking news that flight prices just dropped with enormous discounts. God was showing up for these called out ones, driving out any last-minute doubts that they had while standing on His promises to provide.

With this Call "Rocking" Chairs Were Turning into "Rocket" Chairs!

"With the ancient is wisdom; and in length of days understanding."—Job 12:12

The excitement and anointing of this Macedonian call was pushing back the barrier of sickness, disease, infirmities, finances and the age barrier of the older as the joy of the Lord was commanding strength and extending life to 120 years for the future of many who were being called! Many would actually be healed on the mission field!

Many were discovering that when they made out their wills they hadn't planned on living long enough. God had plans that required people to be on earth longer! Many were hearing His promise: "You shall live and not die and declare the works of the Lord!" (see Psalm 118:17). Others were standing, believing, "With long life I will satisfy you and show you My salvation!" (see Psalm 91:16). Their years of wisdom were needed.

When it Comes to Love You Don't Count the Cost!

Those being called and sent never looked back. They just kissed their loved ones goodbye and stepped onto the plane or ship. They knew this world was not their home and that they would meet again on that shore where all things are new! Angels were gathered also to go with those who had burned their bridges behind them and laid down their nets to follow Jesus wherever He was leading.

Some would be called to return to ignite their nation on fire with testimonies of resurrections from the dead, miraculous healings and multitudes finding Christ. Some would return with new family members as orphans filled the arms of many mothers and fathers.

"And a vision appeared to Paul in the night; there stood a man of Macedonia, and prayed him, saying, 'Come over into Macedonia, and help us.'"—Acts 16:9

I heard people dying and orphans crying, "Come over and help us!" These ones needed more than just money and food. They needed a touch from someone who had God inside of them. Many were dying and starving, not just from a lack of food, but a lack of love. Their spirit seemed to cry out, "Touch me! Hold me!"

Psalm 68:6 says, "God setteth the solitary in families." And yes, many would stay until Jesus would return or call them to their mansion in glory where, sooner or later, they would hear from those whose lives they touched, "Thank you! I am a life that was changed! You touched me!"

I heard neighbors crying out, "Come over and help me!" Yes, our neighborhood may be the most neglected mission field. Every one of us was being called to go far or near. A soul is a soul to God no matter where they live. You will know where to go as this Macedonian call keeps ringing. Can you hear it?