A WORD TO THE KINGDOM'S OLDER STARS 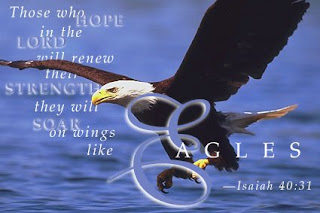 As Cal Ripken stood up to the plate his first time at bat in his final All Star Game, he blasted his first pitch over the left field wall. On the heels of announcing his retirement, Cal Ripken broke the record to become the oldest player to hit a home-run in an All Star Game. He was named MVP "MOST VALUABLE PLAYER" in his final All-Star appearance.

As history was made that night I sensed the Lord saying, "The older Stars in My Kingdom are going to shine brighter and do greater exploits than ever before!" I sense there is a special anointing coming upon older men and women in the Body of Christ. God is not through using you. Your age is not against you, it is for you. Job 12:12 "With the ancient is wisdom; and in length of days understanding." You have more wisdom now than ever. With years comes understanding.

This anointing is going to cause you to live longer. Many of you have not planned to live long enough! It will be an anointing similar to Caleb when he reached eighty-five years. He said to the Lord, "I am as strong now as when I was at forty and I want to take another mountain!" There is coming a "spiritual fountain of youth" into your midst. A renewing, a release of God's strength. Psalm 68:28 "Thy God hath commanded thy strength." God is commanding His Strength into you! One translation says, “Your God has decided you will be strong!”

MANY OF YOU ARE GOING TO HAVE TO LIVE LONGER, BECAUSE . . .

Our older years are when we are in our prime to be used and bring forth fruit. Psalm 91:16 says, "With LONG life will I satisfy you and show you My Salvation." There is an anointing coming upon God's people to live longer. The joy of the Lord which is our strength is lengthening our days upon the earth.

MANY WHO HAVE MADE OUT THEIR WILLS ARE NOT GOING ANYWHERE FOR AWHILE!

Many have made out their wills, but before you think about leaving, check out your Father's will for you. I don't think you are going anywhere for a while! As Abraham and Sarah conceived in old age, you are about to conceive and live to see your Isaac…your impossible dream!