A Kairos Moment: The Door Is Open 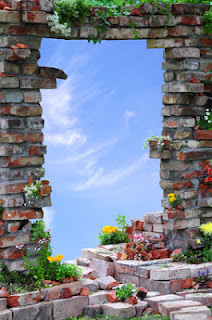 Kairos: "The appointed time in the purpose of God." The time when God acts.

We have entered a unique kairos moment. God has heard our cries for, "Why not now? Why not here?" Godly secrets of the heart will be manifested. Our moment to change history has arrived. It will explain why we haven't been heard from yet. I sense strongly a couple of those God moments taking place on the earth. For one: There will be those who will change history with a pen. An innocent pen will become the axis that will turn the world upside down and birth a nation in a day. ( Isaiah 66:8 )  And the other one: Many who have wept long lonely nights will discover that their tears were seeds of flowers that are now blooming for their wedding day. Many will discover their once-in-a-life time moment and why they were born. The door is open!

"And there are also many other things which Jesus did, the which, if they should be written every one, I suppose that even the world itself could not contain the books that should be written." St. John 21:25

I saw gold pens falling from heaven as though they were thrown by the angels. They were hurled like javelins into the hands of unknown people. These pens turned into spears and swords as they fell into these hands. As their fingers began to write; books, songs and poetry were becoming lethal weapons to war against the enemy! Psalm 144:1 was being activated throughout the earth! "Blessed be the Lord my strength, who teaches my hands to war and my fingers to fight!" Is there a book in you? A song stirring in your heart? Poetry that keeps coming to the surface? Perhaps the Lord is calling you this hour to pick up your pen!

Long awaited 'end-time' weddings will take place upon the earth, preceding the greatest wedding in the Universe.

I saw veils of singleness that had been covering many single men and women for years, in spite of their desire to marry. These veils were actually covering them to protect and hide them from wrong relationships. Many had thought, "What's wrong with me? No one seems to notice me or even look at me." But I saw the wisdom of God hard at work to preserve these chosen ones for the person whom the Lord was preparing and keeping separate for them. I sensed the Father saying to their guardian angels, "Begin to lift the veils of 'singleness' off of their faces. It's time for them to see and be seen by the ones whom I have ordained for them. As I sent an angel to direct the steps of Isaac's servant to find Rebecca for him, I am sending angels before them to guide them."


I've noticed a pattern that weaves through my life. After seasons of living in obscurity a kairos moment thrusts me to a higher, more noble place. There I discover God had been using me all along, perhaps even most in those seasons when I felt like quitting.