I Live To Hear God Speak 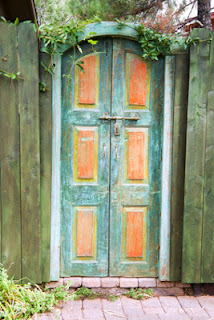 The first time God spoke to me personally I didn't know it was Him. I thought it was my mother. When I was five years old she would tell everybody, "This is my little preacher!" It embarrassed me at the time. But looking back it was God speaking through her. Thirty-six years in ministry I am still preaching. It's humbling but the Lord will often speak to us through the least likely people as part of our training before we can hear His voice for ourselves. The Lord uses unique vessels. Like iron that sharpens iron, they often are the keys that unlock our spiritual ears.


As a new Christian, out of the gate running, hell took its best shot at me to abort the innate desire to ever hear God's voice. A wedge of contention drove deep between my Bible teacher and me the moment he said,"God spoke to me." Those words were alien to me. Immediately, my whole being was flooded with doubts as the enemy unleashed those infamous fatal words: "Indeed, has God said?" Genesis 3:1. Surely this man had a big ego problem thinking God Almighty would take the time to speak to him personally among the billions of people on earth. I left the Bible study in frustration that evening thinking he was certainly out of his mind. That crazy teacher kept me awake. An hour later a question walked into my bedroom, "But what if you could? What if you could actually hear God speak to you"? As I began to faintly consider the possibility of an answer, that question lit a fire within me that has never gone out. I thought to myself, if God could actually speak to me, I would be willing to wait thirty or forty years to hear Him speak one word: not a whole sentence but just one word.