‘Angelic' Doctors And Nurses Are Being Released Upon The Earth This Hour… You May Want To Get A Second Opinion! 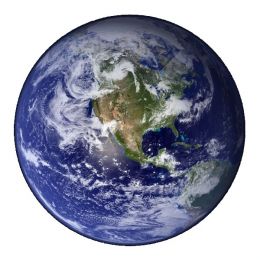 The nurse's name was Peggy. She came during many long nights to sing hymns to a dear friend of mine while he was in the hospital in critical condition. Later, he wanted to personally thank her for her encouragement and kindness. Upon asking the hospital staff and the other nurses on that floor, they responded, "Oh, she is that 'traveling' nurse. We don't know where she comes from or where she goes!"
Respiratory Angel

A dear friend of ours (named Rick) awhile back survived a brain aneurysm. While in the hospital, after being on a breathing tube for so long because of his critical condition, the hospital staff would not remove it. But something unusual happened. Rick's wife, Sharon, shared this story: "I don't know where this woman came from. I had never seen her before in all the months we were in that hospital. This nurse came in on a Sunday and came into Rick's room. She said, 'Honey, I am going to see if we can get this breathing tube out! I am going to do the best I can.' Everyone knew that only the doctor in charge could give permission to take the tube out, but the doctor couldn't be found anywhere. The nurse started checking Rick's numbers on the monitors and then said to Sharon, 'We're going to do it!' Sharon left the room immediately and went out in the hallway to pray in tongues because of this critical moment. After a while, the doctor came walking down the hall and saw Sharon. He stopped to encourage her by saying perhaps soon they could remove the breathing tube, but that they would have to put a tracheal tube in the place of it. The doctor knew nothing about the lady who had already removed the breathing tube!

The doctor went into Rick's room and came back out and said to Sharon, 'Well, he is doing wonderful!' Sharon said that this lady who she believed was a 'respiratory' angel met her in the hallway and hugged her saying, 'I am so glad everything is working out for you. My heart was so grieved for you. We had to do this!' Sharon said she never saw that lady again after that!"

If You Have Been Given "NO HOPE"... I Suggest You Get A Second Opinion!

Many of you knew that my mother once received a doctor's report stating that she needed to have her foot amputated. They marked her leg, explained to her that she would get a nice artificial foot, and that she would get along fine with it. My mother prophesied to the doctor that she would take her foot to Heaven with her, and she never went back to see him again. The Lord divinely connected my mother with what we believe was an 'angelic' plastic surgeon ( an angel unaware ) in Pittsburgh, PA. The first thing this 'angelic' doctor told our family and my mother when he saw her foot were the most powerful words spoken to begin creating the miracle...."I believe there is hope!"

If you have been given "no hope", I suggest you pray and get a second opinion! After the surgery, the first words he spoke to my mother were, "Mrs. Yount, I believe when you go to Heaven you will be taking your foot with you!" It was a fight of faith for five long months, but my mother got home and began walking soon on her own! A few weeks later she was waiting for the taxi to come and take her down town to her family doctor for a checkup. The taxi was late so Mom got in her car and drove herself for the first time since she's been home. She even went shopping after the doctor's office! She told us later that at the last checkup with the angelic doctor in Pittsburgh that he said she would be driving soon! So she did! Faith seemed to come out of this doctor's mouth during checkups!

Pray For All Doctors And Nurses--For God's Wisdom And Cures To Increase Through Them!

I thank God for doctors and nurses. If it wasn't for their dedicated lives, many of us would not be here. God does use them. I believe the Lord is beginning to drop ideas into the minds of many doctors for breakthroughs in medicine, healthy foods and cures for many diseases in this hour! I believe some doctors will be mentored by 'angelic' specialists whom God is releasing upon the earth this hour!

EVEN OUR SHADOWS WILL HAVE A MINISTRY!

The Great Physician is now intermingling with doctors, hospitals, and medicines; and He is making personal house calls! Of course, always call on the Great Physician first, and trust Him to heal you. He alone is still able to heal all of our diseases and infirmities. If He chooses to use doctors and nurses for your healing, pray for a divine connection with the ones that He chooses. And of course pray against any side effects of the medication that you may have to take until your healing is manifested.

Thank you for your prayers and support that keeps us moving forward into the harvest fields. Please know that your gift is tax deductible being made out to Blowing the Shofar Ministry. We love and appreciate you all.